Hello!
You probably noticed i replaced the alphas on the header with the newer designs. :3
I will be getting rid of the weird white stuff around Peck though. o.o
Orrrr, i'll just switch back to the old one. :P
New item is the heart earmuffs, sold in you-know-where-it-is. 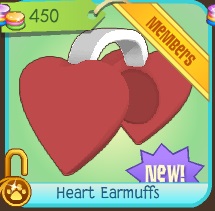 Umm okay the earmuffs are huge. o.o
They could cover your whole head if you're a kangaroo. 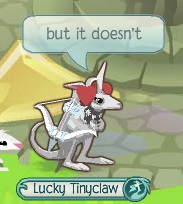 Just wasted 450 gems to see if they did actually cover their whole head.
Disappointment :c
^ I hope that is spelled right.
I just clicked through all the colors hoping there would be a rainbow one but it was just regular old colors.
More disappointment :c
Why can't AJHQ make a rainbow color for every item?
They're alot like the heart glasses though. I wish we could wear head & eye/mouth items together. Maybe AJHQ will add a new section for clothing soon? :D
And hopefully more buddy slots . . ?
And more den slots . . ?
Im running out of them already. :I
Meanwhile at Jam-Mart furniture, we have another delicious item! :3 Umm it would be better if the ingredients looked less like . . icecream? o.o
To be honest with y'all im not that excited for these pizza items, because they're too much like the icecream parlour. But i guess most jammers wanted it anyways. :3
The only color you can change is the red stripe. I thought it was the whole thing :P
Hmm . .
I suddenly have an idea for an item.
Should i post it?
Im gonna do it anyway. :P 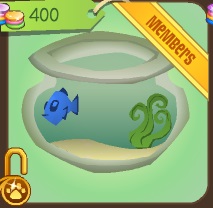 Instead if a fish bowl, we could also have a fish TANK. With coral and stuff. And also, a bunch of clownfish.

And we can change the fish too. And coral.
Just an idea though. Cuz it would look prettier.

So yeah.
Just realized, aren't fish bowls sort of abusive? Unless you have a really big one, the fish just gets bored swimming in there. T_T
I just learned that fish don't have a three second memory, and now i feel worse. *siiigh*

Do any of you have other ideas for items? :3
Now lets check our seasonal tree to tell which season it is! c: 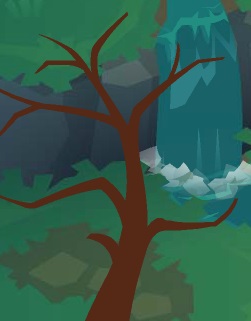 Snow has all melted, which means Autumn Spring is on the way! :D
And Autumn for people living in the southern hemisphere, like me. :P
No new posts on the daily explorer, soo i guess that's it for now.
Bye! c:
But QOTP
Which of the two remaining item sets will come next?

Written by Cloudclaws at Sunday, February 08, 2015