Hai! C:
When i was logging onto AJ today, i thought to myself:
OMG WAT IF TODAY IS UPDATE DAY EVEN THO IT'S TUESDAY?!
Just cuz i wanted an update. xD
The last two updates have been sort of . .well, boring. :T
Remember the time when AJHQ did an update on Wednesday though? :D
Well anyways, time to log onto AJ again cuz i got logged out. :I
(Y DOES AJ KEEP DOING THIS TO MEH?!) DX

DAT MOMENT WHEN YOU'RE SO CLOSE TO GETTING A DIAMOND/SPECIAL THINGY. ;_;
Just one step away, and yet . .
*cri*
I feel like AJ hates meh. ;-;
Cuz i keep getting logged out. And now this thing. :T
(basically why i will never get diamonds from the daily spin) XD
Weeellll, we shud check out the new item now. x3
Hopefully it's something that's actually new, and not these mechanical thingies.
I doubt it'll be something brand new though. xP
yyyeeeyy
omg i accidentally closed Animal Jam. -_-
*logs in again*
omg i saw a random spring bunny :D

Srry. It's just that you see these bunnies rarely. x3
Because they're basically bunnies with magical flower powers. :T
(DAT RHYMES) XD
I should seriously get on with the new item already. XD
(i suddenly feel like playing sky high)
Maybe i shud play for a little while?
lol nvm this is gunna take way too long
*commits suicide* 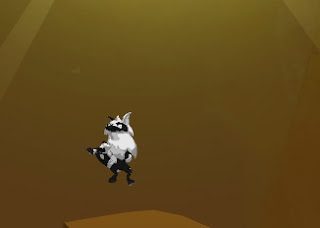 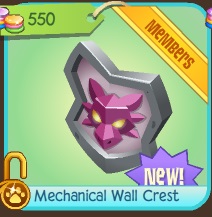 It's a gud item, however . .
How are dragons related to mechanical stuff in any way? :T
First, we have the dragon egg, then the mechanical dragon, and now the dragon wall crest thingy.
wut.
i guess AJHQ was all like: OMG EVERYONE LIEKS DRAGONS LET'S USE DRAGONS
And everyone else was like: YEAAAAHH
Do dragons even somehow exist in Jamaa?
Cuz Jamaa is a made up land and in made up lands, anything is possible. o3o
Omg it would be so awesome if the dragon breathed out fire. o3o
Maybe it does do it? C:
*clicks*

Nah. It actually does a different animation. :T
It's still pretty awesome though, cuz it looks very enchanted/mysterious. x3
Im gunna recycle it though. :T
I just don't like the idea of dragons on AJ, cuz it has basically no relation to Jamaa's lore or anything.
Speaking of animations, i just found out a new one.
If you click on the pi pie, the slice just . . hovers. O_O

I-It's defying gravity . .
BUT HOW?! O_O
How is this possible?
But wait.
AJ is a game.
AJ is not a real world.
Bunny who breaks the laws of physics exists.
She can defy gravity.
So therefor, this is possible on AJ, CUZ WHY NOT :3
yeeey. XD
randomness lawl
Well anyways, let's move onto the DE post! C:
Well, it's not a POST, but more like a video. :P
The cheetah is just staring at him liek: "srsly?" XD
Cheetahs are pretty cool animals. c:
Their name sounds like "cheater" though, which makes it seem as if cheetahs are cheaters. :T
(wut if they rlly are cheaters and are cheating to run fast?) O_O
Nahh. XD
What are they gonna use to run faster? A rocket? XD
. . .
Cheetahs are just generally awesome animals. x3
so yay for cheetahs x3
lol
Also, on the DE post AJHQ gave us an adorable GIF for us to enjoy. :D

omg
Baby cheetahs are so adorable. <3
Unfortunately, i have to go now so here's the QOTP!
What's your favorite big cat?
Bye for now! ^-^