Hello >:3
I have nothing to talk about, so let's just get straight onto the new item. :P 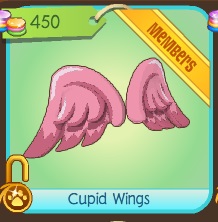 Yay!
They're back. :D
They look like balloons though. -.-
Maybe they are meant to be balloons?
AJHQ should make some super large, epic feathery wings. Even larger than the wings on a phoenix armor. I would defiantly wear that on my arctic c:
I guess im just stuck with these very small and shiny-looking cupid wings . . 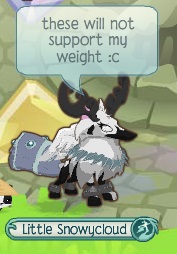 They do make horses look like a Pegasus though. Sort of . . ?
Also, did you know that today is safe internet day?
Everyday is.
AJHQ says so.

I just realized, the monkey also has love hearts in his eyes.
SO DOES THAT MEAN THE OWL AND THE MONKEY ARE IN LOVE?!
*GAAAAAAAAAAAAAASP* omgomomgonhgyfeeyhsj

But probably cuz valentines day is near . .
Well bye for now :3

Written by Cloudclaws at Wednesday, February 11, 2015