Hiya jammers! ^o^
Today's rare is the Rare Flip-Flops! Or perhaps the recolored flip-flops would be more fitting . . 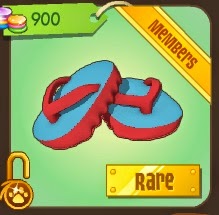 It goes awesomely with the rare sunvisor! :D
But the price is TERRIBLE . . It would make more sense if it where fluffy flip-flops, pawprint flip-flops or high heel flip-flops (yes, those actually exist.) But this is just your everyday blue and red flip-flop! Okay, it might be comfier than average, but it should have been 500 gems. :I
Well, here's the rating! :3
Creativity: 2/5
Price: 1/5
Colors: 3/5
7 out of 15! Not the best rare, but it's okay i guess.
Yesterday's new item is the Bamboo Patch. 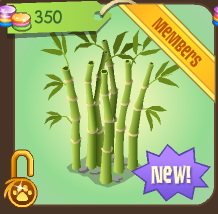 I looked everywhere except treetop gardens! Silly me. :p
It's a nice item, especially if you wan't to make a really big bamboo forest or food if you're making a zoo and you're gonna include pandas or make a really cool combo with the other tiki items . .
So the simplest items are da most useful. x3
Check below the link for more!
For item feature, im doing the Founder's hat today. ^o^ 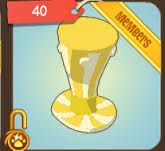 The founders hat is a member's only land item which is similar to the "top hat" except that it's golden with white stripes. It's often mistaken to be beta, however it isn't officially beta since it was only released *after* beta testing ended - About 18th September 2010.
It's appearance changed a year or two after.

Note that it's more smoother, rounder and "3D"
Founder's hats are worth alot and can be found on only a few jammers - they are probably worth other betas or items that came out just after beta testing.

Okayyy, and that's all! :3
Here's a video on how to prevent getting hacked.
I know my voice sounds like a six year old. No rude comments please.
Sorry i paused alot it's my first video with voice. :I
And yes, i have an Australian accent.
I hope it was helpful even though it was short . .
I really must go now it's 33 minuets past my bedtime. >.<
Bye!