We all know the sunken ship at Kani Cove, but look behind it and you see the symbol of the phantoms. 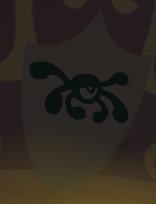 And inside, we see even more evidence that the ship belonged to the phantoms. 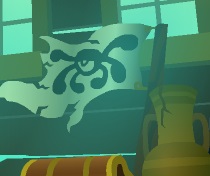 So it's clear - the ship once belonged to the phantoms, but what's the story behind it all? Why did it sink?
To answer that, lets take a look at the journey book prize won in Kani Cove. 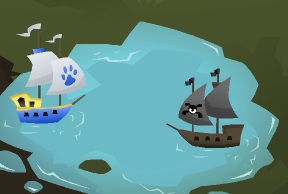 Could the phantom ship be the one in Kani Cove? It's possible, but take a look at the kani cove's ships flag. It's all white, no grey or phantom sign. Also, the ships built is more like the "Jamaa" ships one, fancier and more colorful.

Which makes us wonder: Did the phantoms steal the ship from Jamaa?
It could be possible, since to me the ship looks more like Jamaa's ship - however to some of you it might look more like the phantom ship.
Or perhaps this is an entirely different ship - but we know that long ago, perhaps the ships of Jamaa and the phantoms battled together. What do you think?
Check below the see the fashion show! 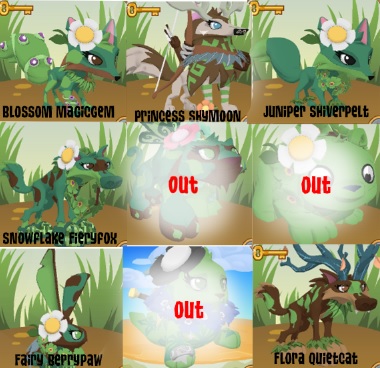 Precious snowycat is out!
Vote a jammer out.