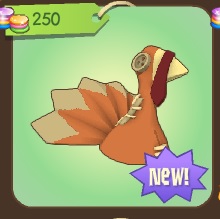 I don't know why but i just like these even though the look awkward.
And now whenever i say "turkey hat" i think about the COUNTRY turkey which is just, um weird. o-o
It's a really strange feeling. xD
It's pretty cool how it comes in a "freedom day" color theme though. c:
(Now i feel even more awkward xD) 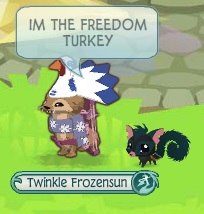 Yay for da freedom turkey!
But is it just me or do the DE posts these days seem to have WAY too much exclamation marks? I think 2 is fine, but 3 or 4 is too much, especially if you use it too much. :I
Anywho, here's the Item Feature on Beards! ^o^

Beards are a highly wanted item on Animal Jam since they where only available during the Beta Stage and removed shortly after. It's a short braid with a tie at the end of it.
These items are less noticeable than other animals sometimes. There's a "leap year" version of it however it's not as rare as the original ones.

The rarest beard color is orange, which is probably also one of the most rarest items on AJ.

Moving on, i decided to do the randomness blog! Click here to visit it. c:
I don't know what else to post, so here's some cool pictures of Albino Animals. ^o^
And as a bonus, here's a full-black penguin! ^-^ 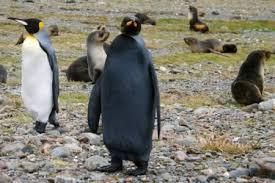 Written by Cloudclaws at Saturday, November 15, 2014