Hello. >:3
i is back. MUAHHAHAHA
not that im actually evil. I just like doing that. :P
Well then, it has been 2 weeks since the last update, and it's Thursday.
So . .
we know what that means. :3 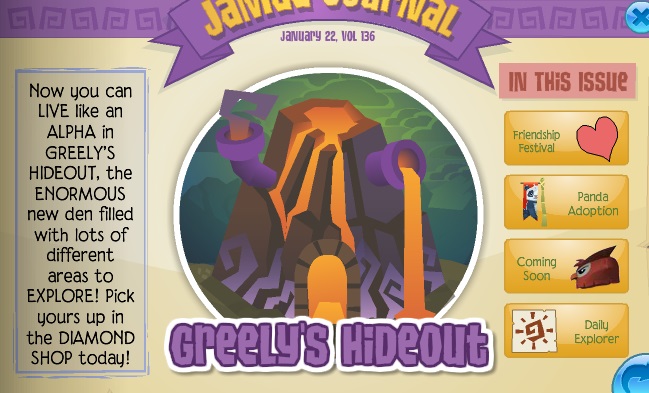 So awesome.
wowowowow
EPIC
yay
But the fact that it is in the "DIAMOND SHOP!" is not epic.
nope.
But let's do a tour on this den shall we? :D
There's this really awesome pattern thingy when you enter. 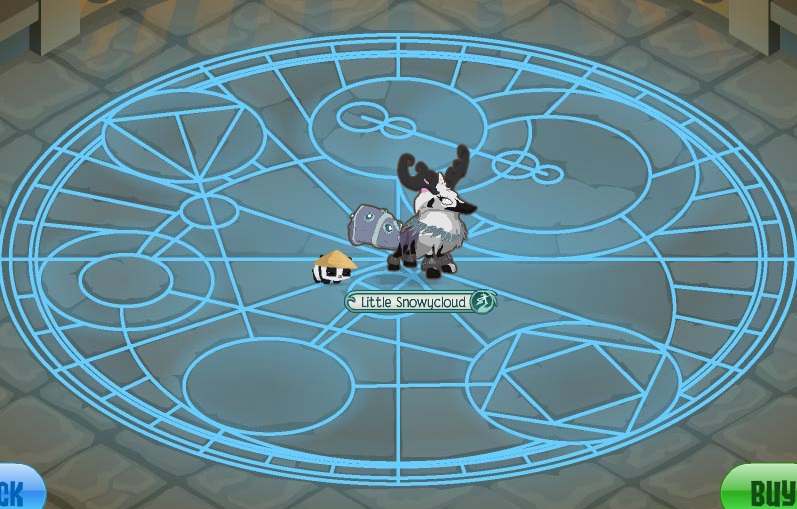 I don't have a clue on what it's about though.
Also, isn't it weird that AJHQ made a look - alike of Greely's den just so we could buy it? o.o
Downstairs is where there's the lava. :3 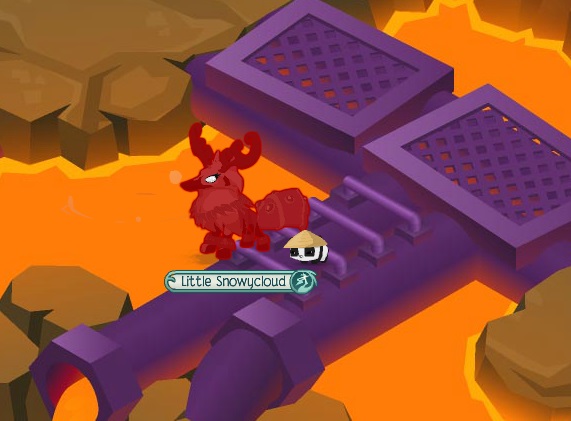 Very dangerous and hot. :O
but don't worry, it ish impossible to fall.
There is an invisible fence surrounding the pipes.
no rlly
try falling and you can't.
Oh, and there's also that wolf. 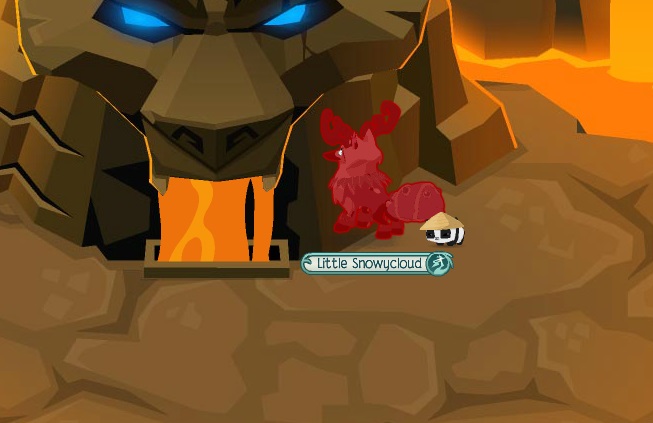 With lava shooting out of it's mouth. :3
And there's also a slide thing. 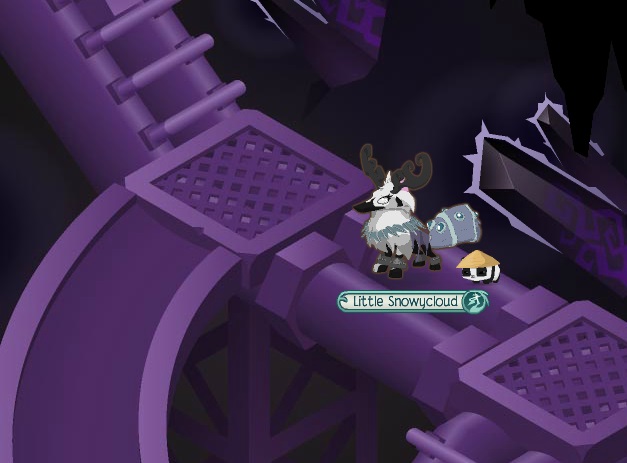 i like dis den very much c:
One question.
How.
HOW IN JAMAA AM I GONNA DECORATE IT?
*sigh* me confuse :c
Anyways, enough of the new den..
Actually there's never enough because it's so large, but whateves
what evaaaaa
Friendship day stuff. :D 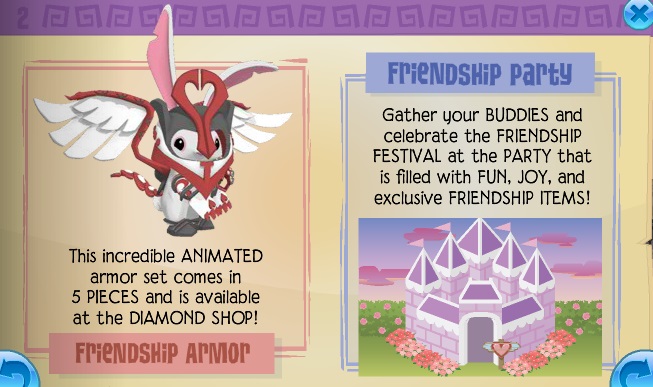 The armor is pretty cool. :D
But slightly weird. The wings look very nice. :3
A bit like Mech angel wings.
But the next party is in like over 5 hours. :c
Not even in the party list.
so so far away
AJHQ seems to have completed their goal, even if it seemed pretty much impossible . . 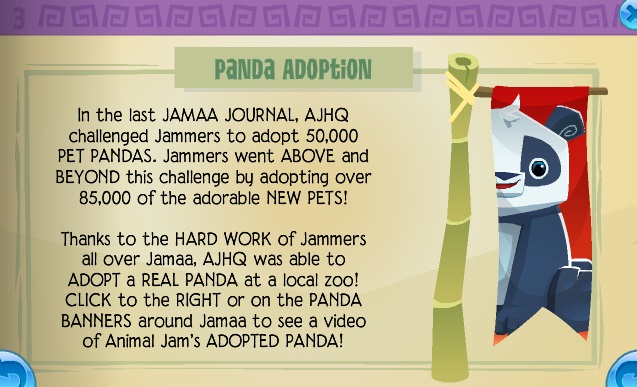 why is there so much pandas
how does ajhq track down every panda adopted
is ajhq a stalker
*gasp*
But i highly recommend you watch the video
ok bye guys
lol jk
owls are here. :D 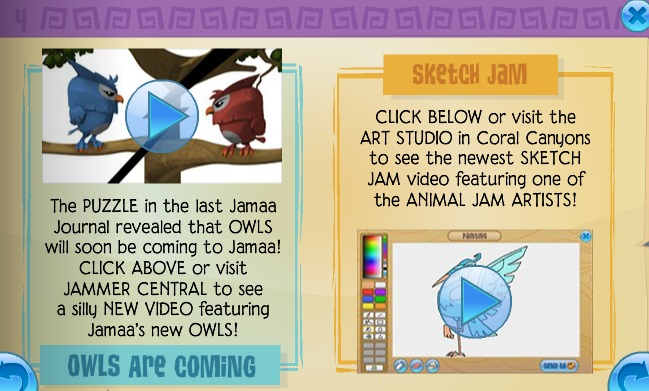 but we probably know that. :P
the video is cute, but im starting to wonder if AJHQ likes us dating on AJ . . o-o
O.O
O__O
But wait, there's a video.
ok
1. this animal is gonna be member
2. this animal is going to be in the diamond shop
3. this animal has a small chance of it being nonmember.

great
wow
i guess we have to hope for a miracle now . .
Just because an upcoming animal has a video, doesn't mean it has to be in the DS . . right?
i hope not.
I don't wanna post the last page, but ok. 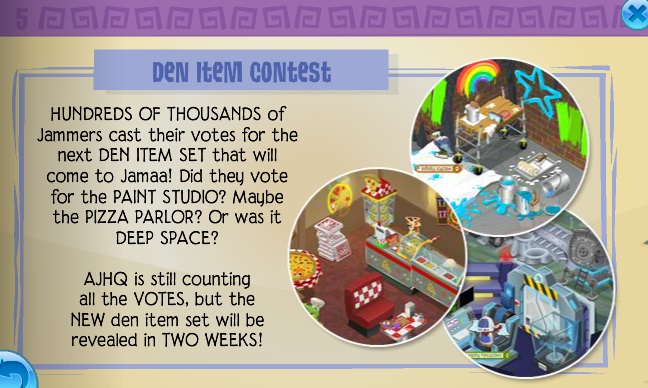 I hope it's the paint parlour. :3
Im sure Peck would really love that. :P
Anyways, bye for now! :D

Written by Cloudclaws at Thursday, January 22, 2015