Click here to enter my giveaway.
Hey ^-^
Today i will be posting a much longer post to make up for the very short post yesterday. ^.^
I hope there's an update tomorrow. There hasn't been one for 3 weeks now i think, but i hope AJHQ just worked extra hard this time and this update is gonna be a REALLY special one! :D
The new item is the snow patch in Jam-Mart furniture. c: 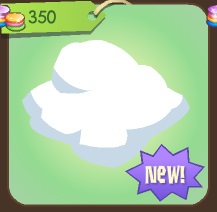 Oh my gosh this is such a creative item
This should have been for 30 gems for something, because it's just a patch of snow. Plain SNOW. :T
It doesn't even look sparkly or special. :I
Why would you even buy snow? :P
I mean, just shovel it up.
But you can't.
cause AJ is a game. :c
At least it's useful if you're a nonmember creating a winter themed den. :D
Anyways, i made new pictures for the pages. You like? :3 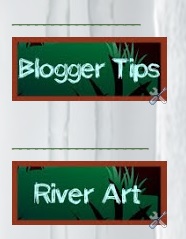 i think it looks better now. ^.^
And now, i will be teaching y'all . .
A GLITCH!
It is called
The Butter Slide
A simple glitch, but you have to be the master of timing to do this. c:<
Actually not really but it still needs some good timing :)
Basically when you click to move, then click the sleep button very fast which makes it look like you're . .
Sliding. (duh)
Like dis :3
check below the link ^^

See how fast i clicked that?
So it will take a fair amount of experience to do it. ^_^
If you're trying this for the first time, it may end up as a partial slide which is when your character slides but then stands up afterwards.

which also looks gud c:
(only if it's a long one though)
It also looks like you're falling. XD
And also sliding like a boss.
^ that was a explanation on . .

how cool the glitch was. ^.^
Actually it was about how to do the glitch. :P
Did you know that if you click a Scroll, you get a magnifying glass by our side? 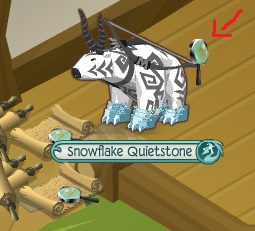 Anyway, this is . .
Question of the post (AKA QOTP) day! :D
Because i'll be doing two this time. ^.^
First one is . .
What do you think will happen in the next update?

And le second one :D
why did i type le?

What to you think of the Nonmember den nowdays compared to the Beta den? What is your opinion on it?
Oh and i updated the Fun stuff page a bit. Just a little bit.
Happy jamming! ^o^

Written by Cloudclaws at Wednesday, January 07, 2015