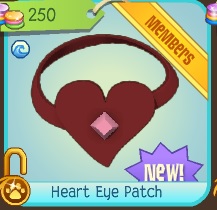 Gotta admit that this ain't one of my favorites. :I
Still pretty cute though. :3
AJHQ desperately needs to add something new to the underwater lands. Like a new underwater land or something, since barely anyone goes underwater. ;-;
Speaking of underwater stuffz, if you're an otter and you go to the top of the water it looks like you're out of water . . sorta. :P 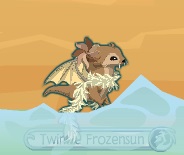 Just a tiny bit. teeeeeny tinyy
Also, why is the post action for otters sitting up? Don't they lay down when resting? :I
Questions, questions.
What's next?
DA SECOND ITEM :D 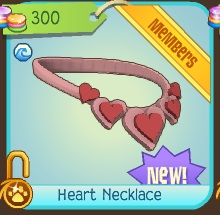 I like this better. The whole thing looks like . . errr what's it called? o-o
But it looks like something you can make at home or something. DIY? :P
I once said DIY aloud without thinking that it sounded like "die." XD
I pronounce omg as omg instead of "Oh Em Gee"
just omg.
if you get it . . o.o
Why am i talking about random stuff now instead of the item?
Imagine if someone randomly made a shop and sold the Animal Jam items in real life.
I bet some items would look reaaaaaaaally weird.
the spike collars would look scary and "dangerous" IRL even though they look cool on AJ. :P
And the others items would just look like items. Like the parkas or something.
And now im talking about random stuff instead of the item AGAIN.
However . . 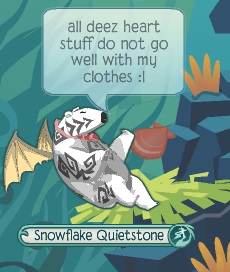 What about you? Do these heart items go well with YOUR clothes? :P
And they're too pink. Most of my animals are blackish, or brownish, or blueish-whitish-grayish
lot's of "ish" es there.
that was a weird word. o-o
veryyyyyyyyyy weird
fjhsdishfjs
Also, today i made this National Bear day.
CAUSE I CAN
although it's not actually national bear day.
Let's celebrate, even though it's not actually national bear day and because i just wanted to post a bunch of bear GIFs.

cute :3
fluffeh bears
Winter is coming for me. :D
I missed winter. Then one month later im gonna start moaning about how cold it is.
Same with summer. -.-
"too hot too hot blablabla"
But QOTP time. :3
What do you think of each season?
What are the pros and cons of all?
Bye bye 4 now

Written by Cloudclaws at Tuesday, January 27, 2015