Hello! ^^
I just went back from the Bounce House party and my arctic wolf was still jumping. XD
The new item is the mowhawk. c: 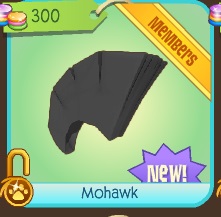 Have you ever liked an item and sort of disliked it at the same time?
A bit too "human" because, like i said in the previous posts,
Animals Don't Have Hair.
Except for horses and zebras and stuff. x3

But most have fur. ^-^
For some reason, i call body hair "fur."
Because what's the difference anyway? :P
They look so amazing on foxes like most of us know. :D
Has anyone noticed how animals look more "3D" than before?

Credit goes to whoever took this. 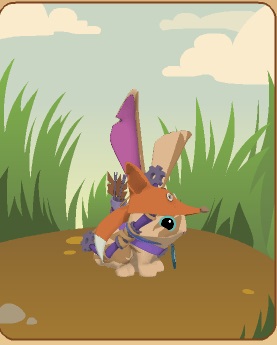 The one above looks more cartoony and the shadows are visible. I actually sort of miss the old ones, but 3D looks so . . um, 3D. XD
I guess the old avatars where in "beta" back then? :3
But when your animal is running about, it still looks 2D 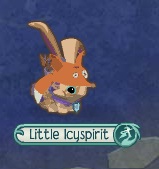 And i hope they keep it that way, because 3D would look odd. o.o
Anyways, i solved the puzzle as well. :P

But have you seen any clues in Jamaa if this animal will be nonmember or not?
I think nonmembers deserve a new animal. There hasn't been one for one year, and that's crazy. o.O
Or, at least AJHQ can make a member animal nonmember, like they did with turtles.

It's QOTP day again. XD
Do you think AJHQ is going to make the owls nonmember, member or diamond shop?
And the 2nd question . .
What entirely new feature should AJHQ come up with?
Not adventures, new items, new animals or new lands but something 100% new! :D
Bye for now. ^-^