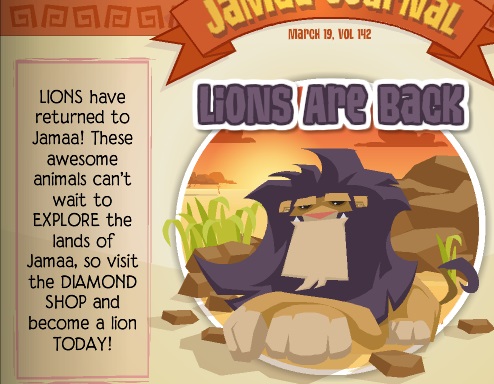 Im really excited for this update, aren't i? :P
Because AJ has been SO BORING the past week! -_-

*THROWS CONFETTI IN CELEBRATION OF THE UPDATE*
. . . No one cares about lions. No one is using them in Jamaa. :c

ugh my eye is twitching randomly for no reason and it's annoying me out. :I
Im just gonna turn into a lion to remind ppl that LIONS R HERE!! HELLOOOOO?! 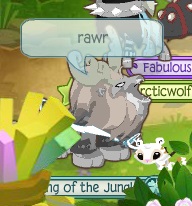 I even said "Lions r back!" But no one cared. :c
Poor lonely lions. :C
Well im still gonna celebrate so here's a PHOTOSHOPPED picture of a black lion. :D
REMEMBER DAT IT'S PHOTOSHOPPED EVEN THOUGH IT LOOKS AWESOME

If only black lions DID exist. :c

But WHITE lions exist though! :D So yay for majestic lions. owo 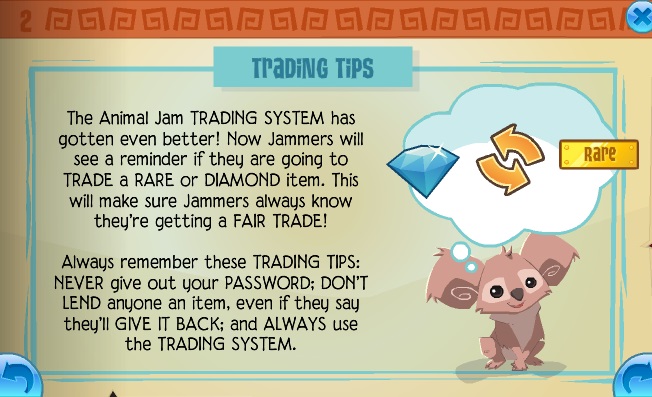 At first, you're like: AWESOME! Now jammers won't get scammed as much!
But NOPE.
A jammer traded me a rare item and NOTHING happened. :I

The jammer is covered up due to privacy reasons.

However, it's just like the normal trade.
DID AJHQ LIE RO US?! >:U
OMG LIARSSS

Actually, no. It's probably just a glitch.
AJHQ would never lie to us, right? :3
Riiight? o-o
Whateves. Probably a glitch, :I

So now im happy again cuz jammers can get scammed less! :D
And speaking of scamming . .
I have sorta abandoned the "Watching out for scams" page. :I
It's nearly ready, but i just haven't been able to finish it due to school and sleep deprivation. There is a chance it might be coming THIS weekend though! :D 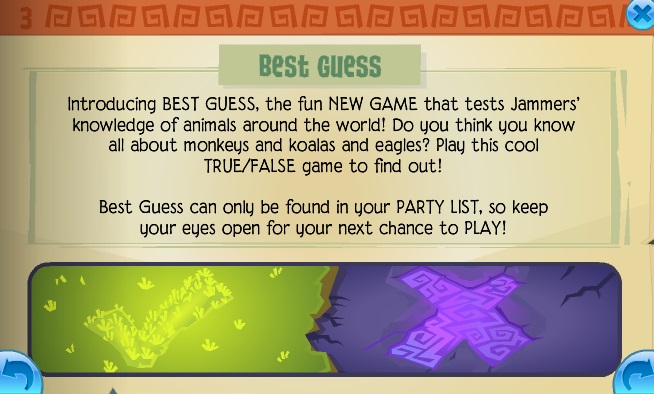 *waits in excitement*
Hurry up . . 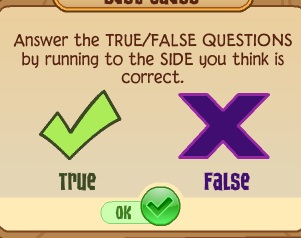 Oooh! I love games like this. :D
^ (Why does that sound sarcastic? No, seriously.)
*Clicks ok*
*weird cheering sound*

AAUUGH WHAT THE-
Oh phew. Just weird sound effects. :I

Is it just me or do the graphics look better in this game? :3 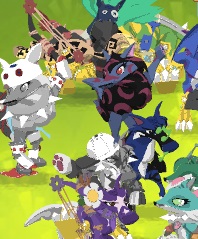 They look more 3D, like Play Wild.
I hope all of the graphics look like that in the future, because it's just awesome. :D

However, you know the confetti sound effects when you get an answer correct?
Well the high pitch end sound just HURTS MY BRAIN D:
I can feel the neurons dying every time i listen to that.
Many ppl seem to agree in the game. :I
AJHQ needs to stop or we will all end up dumb because of the really unpleasant sound effects which destroy your neurons.
Or where they brain cells? Idk anymore.

Im wasting time by playing this. :I
I need to check out the rest of the update. XP 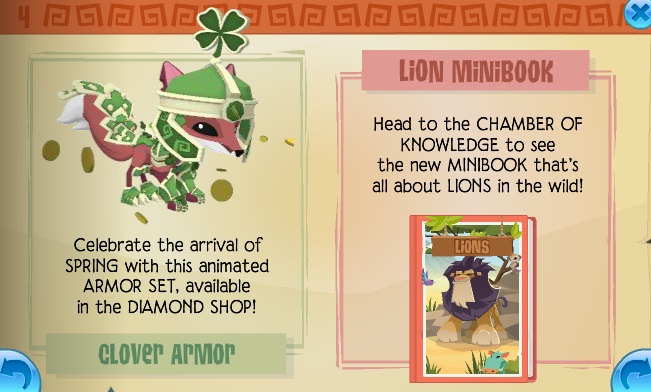 yay minibooks whateves let's just check out the Chamber Of Knowledge. :D
There's no lion minibook?
DID AJHQ LIE TO US?! >:U

*starts searching in every minibook*
IT HAS TO BE- 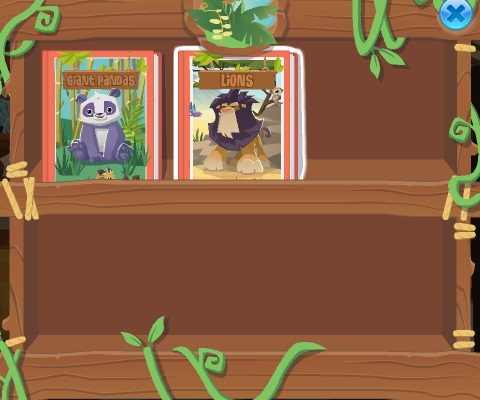 Ohhhhh.
So THAT's where it was! XD
It's where the panda minibook is. So go and check it out. :I
Im not that excited for minibooks anymore. I might read it tomorrow. idk. 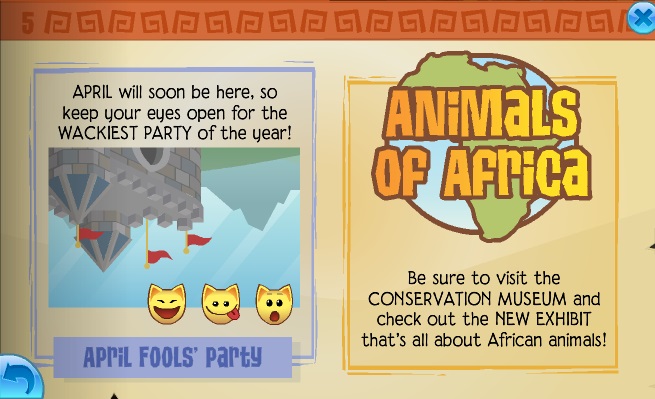 yay april fools part i don't feel like typing anymore.
I spent way too much time on the game. XD
Well bye for now! c:
What do you think of the update? I give it a 8/10! :D