Hello! :D
Yus, i shall be doing another adventure tutorial.
cuz why not?
We have a new adventure, don't we? :P
So you meet a koala called Patrick in the beginning, but we all know about that from my last post, don't we? C:
There's this epic treasure thingy in the center. 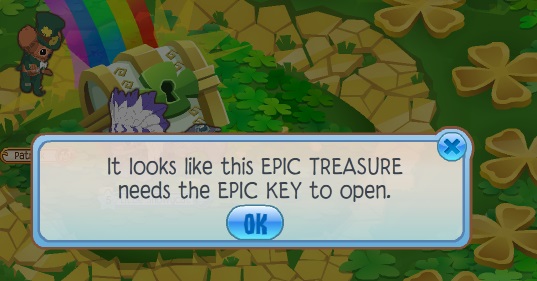 So to open the EPIIIC treasure you have to find an EPIIIIIIIC key.
It looks epic too. And bootiful. c:
That rainbow though. 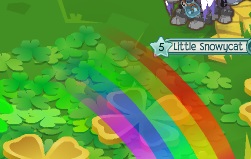 It just . . fades off.
HALF INVISIBLE RAINBOW?! O_O
Or maybe it's just not visible cuz of the lighting and stuffz. :P
It you move around, the other half is still invisible.
So it's a half invisible rainbow.
Is that even possible? :T
I know there's something called an ice bow. It's a colorless version of a rainbow and happens in polar regions.
Awesome, isn't it? :3

And apparently, there's been a new hybrid of clovers growing in Jamaa. 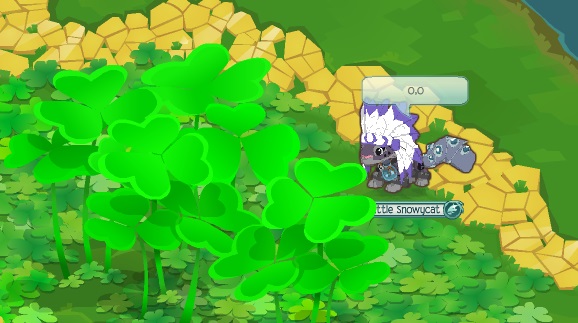 I will call it the Great Heart-shaped clover due to it's heart shaped leaves and it's huge size. c:
It's scientific name is Trifolium corde magno. (I used google translate XD)
I just named a new species of plant.
YAY :D
Im a scientist omg
o3o
nah.
Anyone can name a plant, right? :P
Also, strange thing is, i have NEVER seen a heart clover with four leaves.
ONLY white clovers.
:I
The paths are made out of gold though.


Also, be warned that the keys look like normal clovers, but they aren't.

They're usually hidden in clover patches, so that they blend it.
So look closely in clover patches. :P
WHAT IF I RANDOMLY DO GET A SPIKE COLLAR? :O
Eh. Whateves. Let's just open the gift. C: 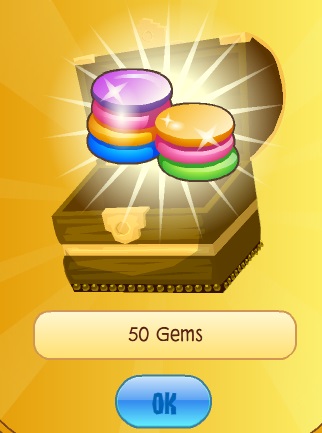 O dats a great treasure so awesome it's a miracle *applaud*
(it was sarcasm by the way.)

I keep getting gems. All the time. :c
I have never gotten an item.
Is this just me?
Or do you only get gems until you open the EPIIIIC treasure? 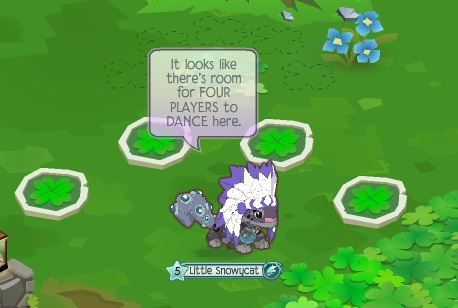 Im not gonna bother doing that.
So frustrating D:<
It's hard to get four jammers at once, because someone usually gives up and leaves. (And sometimes, that someone is you. :P)

However, i have come across a very cute looking den. :3 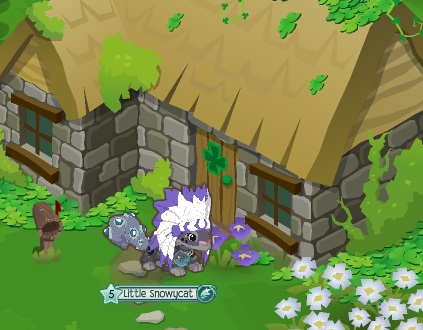 I hope it's sold in the den stores soon.
Notice how i said den stores and NOT the diamond shop. :I
I dun care if it's small.
ME WANT C:<
It would be great if nonmember dens where like this. (It would be a little too small though . . )
Maybe there could be two land nonmember dens? :D

I noticed strange outlines of clovers.

Maybe they light up when you jump on the circles or something
idk
I haven't jumped on one cuz im too lazy. :T
But there's five clovers.
Can anyone in here work out the meaning of this?
Maybe it's leftover from sketches and stuff?
I JUST HONESTLY HAVE NO IDEA. O.O 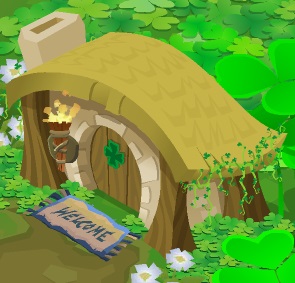 I have met a deer called "Fiona" c: 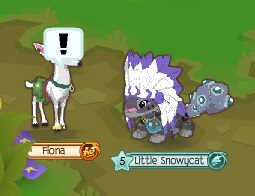 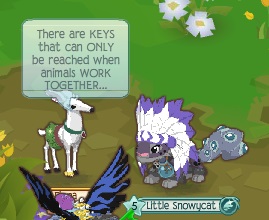 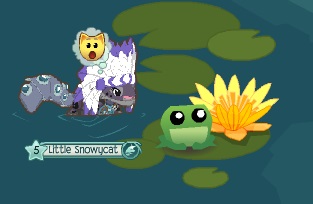 First, gigantic clovers and now frogs.
It's nearly as big as me! O_O
And it's croaks are so loud.
But it's friendly though. And plus it has puppy-dog eyes. :3
so cuute


I shall name this species the Giant Tree frog, and i don't want to do the scientific name. o3o

Anyways, I met another jammer along the way. :P 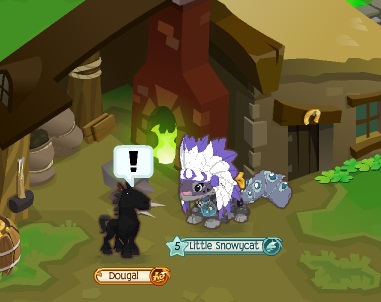 Why is there green flames? O_O
Is it acidic? Or radioactive?
Cuz lime green usually means something is toxic.
Not good :c 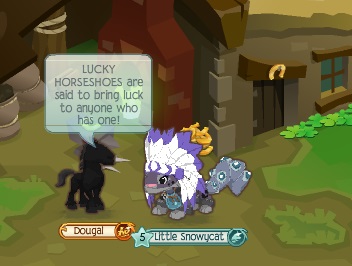 Oooh so i guess this is a horseshoe factory or something.
Still no expanation on the green flames.

I have to exit the adventure. *sigh*
I would have done more, but i need to go.
So bye!
What did you think of the adventure?