Hai. C:
Guess what i did today?
Nothing.
Nothing happened today. Usually i do stuff when im not outside or anything, but today i basically did nothing. :I
I

So, I rate today the most boring day of my life.
SO BORED ;_;
I might seem more hyper than usual, cuz IM SO BOREDDDDD >.<
(i promise to never ever do nothing again)

Yesterday's item was the investigators hat. But in update posts, i don't post about the new items or other normal post stuff, so basically update posts are speshul posts. :D
(also dats just how i like it)
lawl
I realized i accidentally put my headdress on trade.
(So THAT'S why so many ppl are asking "wut for headdress")
huehehe wat.
But i wonder what TODAY'S new item is tho C:
(Im hungry but it's too late to eat stuff ) 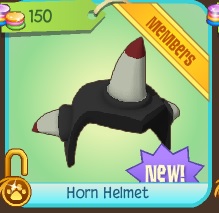 Eh. I don't think im that hyper anymore. :T
Is the horn helmet beta or not? I don't think so, but it LOOKS beta, somehow . . i don't know why but some items just look beta even though they aren't. :P

Umm is blood even a liquid? It has plasma which is liquid but it also has cells in it and cells are not liquid and- okay im getting carried away now X3
But srsly.. Is blood a liquid . . or not? Ya? Nu? Sorta?
DERE HAS TO BE SOMEONE THAT KNOWS :C
Um for now im just gonna say blood is 55% liquid and the other half is . . stuff. XP
(lots of stuff)

This item is very plain.
There's nothing unique about it.
But it's still a nice item. o3o 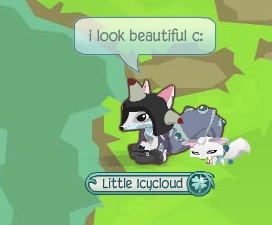 *stares at the red tips of the horns*
srry
But now that i noticed, I CANNOT UNSEE IT DX
(that annoying moment when you can't unsee something)
Oh no, now the ppl who read this blog can't unsee this. :C
(or maybe they saw it before idk lol)

P.S I copied off the Daily Explorer. XD
The subject was pet collections.
I have lots of pets.
My pet slots are nearly full. o-o
The spring themed one is awesome though. :D
Cherry blossom trees are my favorite trees so far. Or maybe pine trees are my favorite. I don't really know. :P
I also like palm trees. Also, redwood trees. They're so tall o-o
I have a lot of favorite trees. Mainly cuz i like trees. Cuz they look so pretty and awesome. x3
(also they give us oxygen and stuff soo yah)

You know what else is fun?
Adorable animal GIFs! :D
*enjoy*