Hai! XP
It's finally weekend. Yey. :D
Not really. But it's very close. xP
It also means on more day closer to Monday. :C
But im more close to Saturday though. :3
On SUNdays, it's always sunny. Im serious. o-o
So Sunday is a great name for that day since it's sunnier. c:
lelz.

Yay 4 weekend. :D
I am doing way too much emoticons. :T
I need to stop Im probably driving you crazy. XD
So far there has been an emoticon on every sentence. o3o
Including that.
^ *gasps* NO EMOTICON! :O
^ Emoticon again. :T

Okai for realz now.
NO EMOTICONS. >:C
. . .
(omg i just cannot stop dis craziness)
Whateves. XD I always do too much emoticons anyway. :T
Are they called emoticons or emotes? o-o
Wat does this face mean ---> :S
Is it liek a smushed up face or something? XP
Well abandoning the subject of emoticons/emotes, i saw something on Aj today juust after logging in.

Feline party.
FELINE PARTY.
We TOTALLY need that on AJ. O_O
Also, a canine only party as well. x3
Also, the tiger is saying it obviously. I know it looks like the bunny is saying it, but the tiger is cuz tigers are big cats. x3
Do you think big cats are better or domestic cats?
I have no idea . .
Big cats are fast, strong and agile but they aren't so friendly towards us. :C
But with domestic cats, you can be friend with thems + they're cuddly. Soo yah. x3
Why isn't AJ listening to this? Canine and feline only parties. AJ needs to listen. xP
(Because i personally think it's an awesome idea) :D
Also, an Arctic only party. Just for arctic animals, like ARCTIC wolves, seals, penguins and stuff like that. But penguins live in the Antarctic sooo . .
Is the antarctic a arctic full of ants? Cuz ANTarctic . . wat.
Ants don't live in a\Antarctica, so why is it called the ANTarctic?
Sometimes stuff does not make sense. xD

Well anyways you probably noticed that i haven't been starting off with the new item for the past two days. Well i just decided i prefer to do another thing BEFORE talking about the new item . . but that's just how i like to do. There will still be posts with new items as the first subject, but ALSO posts with another subject as first. I just thought i would tell you the change, so you won't freak out or something . . o-o

Well uhmm im pretty much done with this subject, so let's move onto the new item. :P
(It's the pearl bracelet, sold in Jam-Mart furniture) 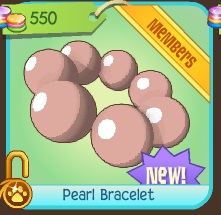 O_O
The pearls look far too big and awkward.
I first though this was a necklace.
But NOPE. :P
But i bet the new item is gonna be a pearl necklace. I can 99% guarantee i'll get it right. x3
If i don't get it right, then im just an unlucky fortune teller. XD
Or not a fortune teller at all.
This should have come in a rainbow colored version. Also it looks super small on foxes. o-o 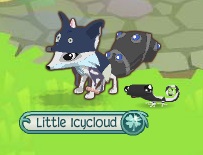 But at least it doesn't look all big and wonky like it does in Jam-Mart clothing. XP
When items are in jam-mart clothing, they usually look awkward, wonky, or big in some way but when you put it on an animal it doesn't look too bad. AJHQ needs to make the items look good in the shops to get more ppl to buy them. XD

Remember the phantom shirt tho . . . THAT LOOKED SO AWKWARD IN THE SHOP. O_O
But on Arctic wolves = awesomeness.
Meh . . . I think this item is gonna be popular anyway because lots of people liked the other bracelets. :P
I think it looks gud on my fox. Im probably gonna keep it for a while. :3
Leg items look GIGANTIC on pandas. o-o
Srsly.

Well i guess you either . .
1. Don't buy a panda any leg items
Or . .
2. Buy a leg item but use it correctly so it looks good.
One option is harder than the other, but the other one makes pandas sad. :c
Chu choose. XP
(Why am i doing this)
I choose option 1 because my panda doesn't want a leg item. XD
So that way my panda isn't sad. :D
yaaaaaaaaaay XP 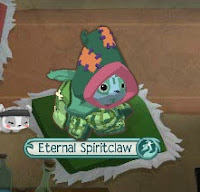 ^ Those shoes look guuuuddd. :D
I shud do a Monthly nonmember. Maybe on Saturday or Sunday i'll do both March's and April's monthly NM. :T

Well over at the Daily Explorer, we have some information on trading! ^-^
Trading just got better in Jamaa! Have you noticed some new trading features while trading with your buddies??

Now before a player makes a trade, helpful pop-ups will show up. These pop-ups will help Jammers make sure the trade is actually something they want to do! How cool!

Meh. I never saw these myself. :T
Maybe it's because i never trade. And that's the reason why i don't have many rares. XP
But i don't really care about rares. I mean i would be upset if i got scammed but i just think that rares . . . rares are . . THEY'RE JUST PIXLES, OKAI? XD
Well according to me, they're just pixels that make your avatar look good. XP
Well i don't think that ALL rares look good. But some do. lel.
Sorry if im offending anyone cuz this isn't meant to be offensive . . o-o
But these days, AJHQ is reminding us a lot about scamming. That's a good thing because it means that AJHQ is actually making an effort to stop scamming now. ^-^

Well moving on . . i noticed that my membership basically never runs out. o-o 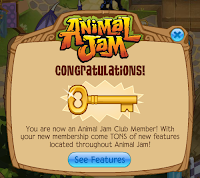 I just brought 6 month membership and some gift cards, and now it's just renewing without me knowing. :T
I have been member for about 2 years now but i brought membership for around 9 months or something. (Including the gift cards)
AJ doesn't even notify that my membership got renewed.
WAAT.
So im just confused . . does this happen to anyone at all? :P

Sorry if that was sort of random. :T
But im just curious. Srsly, because i never heard or this. XD
Well anyways, that's all i have time for today. Bye! :D

P.S As for the QOTP, i asked around two questions on this post so today is double QOTP day. :P
Written by Cloudclaws at Friday, April 24, 2015