Llamas and the new item

Hai! :D
So for some of you (like meh XP) it's the first day of school.
Im not really sure that's good or bad soo . . um.
There was a blackout at school today. o-o
(btw it's still stormy . . ugh)
I like the rain. But when there's a storm, rain becomes very annoying. -.-
Same with heat.
I like heat. C:
But when there's a heatwave, it also becomes very annoying. -.-
I prefer cold over hot though. :P
That also means i like storms better than heatwaves.
*ppl glare at me*
O_O

Or at least dats how it works where i live. x3
I don't think there's any seasons in my country. Because you can get a very very VERY hot day on a winter afternoon. :I

However, you can NEVER EVER get a cold day on a summer afternoon.
(weather is weird lol)

Well abandoning the subject of weird weather, let's check out the new item! :3 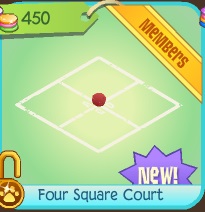 Hmmmmmmm . .
okai.
Why does AJ need a four square court? :P
You can't really play sport on AJ. There are no mini games.
I think sports equipment on AJ is sorta useless. :T
I guess chu can play handball on it. C:
(I never really play handball though . . )
And if i do play it, i play it without rules. So basically we're just bouncing the ball around with no squares or anything. XP
It looks to small for- OH GAWD. 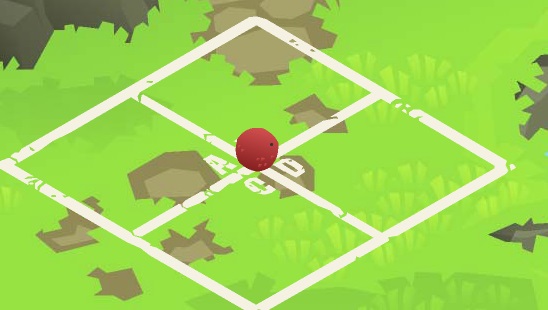 I take back what i said.
This thing is gigantic.
O_O
It's somehow like a tennis court. Not really. I don't even know what a tennis court actually looks like. XP
What is that weird looking pomegranate in the middle though? Or maybe it's a bowling ball made to look like a pomegranate.
I don't care. Pomegranates are yummy anyway. :D
*gets a hammer*
*smashes pomegranate*

Nvm. It was a bowling ball made to look like a pomegranate. :T
That's a shame because pomegranates are one of my favorite fruits. DX
Passionfruit, watermelon, raspberries and blackberries are also my favorite. I love fruit, but not the really basic ones like bananas and apples cuz they're too normal for me to like. :C
Too bad all the fruit i can eat is just those normal fruit. Which is why i don't eat much fruit, even though i rlly rlly rlly love fruit. ;-;
Vegetables however  . . i only very rarely like vegetables. :T
Vegetables are sometimes too bitter or too . . . stingy? What was that sensation? You know when you eat hot chilli or something? o-o
I don't think it has a name, so i just gonna call it stingy cuz it stings your tongue. :3
(and ouch by the way)
Look! I MADE A NEW WORD :D
Wait, i think stingy was already a word since it is not underlines in red when i type it.
nvm.

XD
I think many people make up words everyday, so what makes them popular enough to be used in the dictionary or something? xP
AJHQ made up a new word. It's "pawsome."
Is that a word or a pun?
I don't know anymore, since AJHQ used to make so many puns. XD
Used to.
;-;

I miss those puns.
I also made up "clawtastic" lawl
I don't really use it though. o-o
I should use it more since i made it up. :3
(this word is not copyright btw so people can use it lol)
The song "Happy birthday" is copyrighted, but people sing it all the time so the copyright is sorta useless. :T
I personally don't like the song "Happy birthday."
But that's just my opinion though. lol.
Maybe it's cuz i have heard it way too many times. o-o
Actually, i only hear it once a year so i have no idea why i don't like it. Maybe cuz it's just that i don't like it. Lol. :P
But anyway, the scammers page has been updated! :D 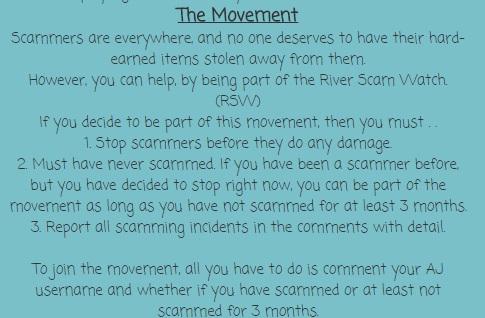 Yuppp . . im actually starting a movement. If you would like to join the RSW, then read the instructions and comment on the scammers page. :3
Also, from now on im going to be posting the scammers on the blog, so if you have seen or stopped a scammer, then you must write the experience in detail.
Anyways, here's the DE post! :D
Well there's no post . . but a brand new "Ask Brady" video. :P
The answer  . .
Shud i say it? O_O
Probably not. Because there's a bigger spoiler at the end of the post.
Well, idk if that's actually a spoiler. :P
It's more like a leaked . . *GASP*
I shud be quiet now. XD
But brady probably saw a fossil. Fossils are so common. XP
And yet so difficult to find . . ;-;
If i ever find a fossil in a rock, i will keep it 4 ever and ever. :D
(or maybe i shud just sell it on ebay for 10000000 dollars then i would be RICH)

Haha not really. I was just kidding. XP
(or was i?)

I was.
.
Fullstop.
.
lel
Usually, fossils are tiny and faded away. But sometimes they're really clear . . and that's when fossils are just plain creepy. O_O
I would show you a picture, but some of you could get creeped out and i don't like creeping out ppl so yahh . .  XP
I heard fossils are in ehhhrr . .  a type of rock. I forgot what type of rock it is tho.
Igneous rocks are rocks from volcanoes. :3
Metamorphic rocks are colorful.
Rocks are interesting.
*people look at me weirdly*

Weeelllll, moving on, Llamas have been leaked. You probz know that already though. ;T
I still wants to post it though. XP 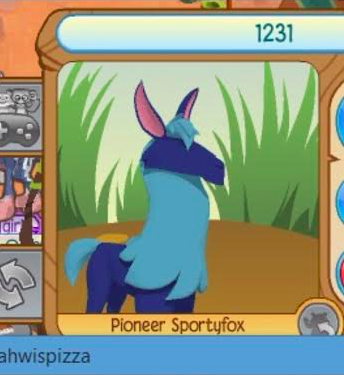 I got the picture from the AJS. Credit goes to Poppythepelican.
Uhm . . hopefully this is not copying. o-o
But anyway, dat is one glitchy llama. No eyes, and off centre.
But srsly AJHQ?
Chu keep leaking animals. DX
Is it an alpaca or a llama? I hope it's a llama. Llamas are moar awesome. X3
(No offense if you like alpacas better.)
Why does llama have two L's?
Can't it just be called lama? Or does that mean something else? o-o
But yeah, let's just look at this.

Cuz everything deez days r in the diamond shop omg.
The user is nm, but this thing is still going beta testing.
So yup, diamond shop. :T
Also, remember Spring bunnies?
AJHQ wants us to buy membership so we can buy llamas. Or maybe it's the opposite. AJHQ is released Spring bunnies so they can get money another way and release llamas nonmember. Hopefully the opposite is true. T_T
Plz be generous AJHQ.
Nonmembers have so few animals and i think they deserve more. :C
Llamas would be great.
But i find this strange . .
Usually AJHQ makes wild animals, not domesticated.
Llamas are domesticated, so uhmm . .
Maybe it's a wild llama? Yeh?
Does it exist?
*googles it*
Yus. :D
There's something like a wild llama called a Guanaco.

But these are less furry, and the AJ one is pretty furry . . but AJ animals are never accurate anyway. XP

I love llamas. They look sorta derpy. XD
ORRR will they be Alpacas instead?
Even fluffier! Llamas are the mightier/braver/bigger versions of Alpacas, and animals on AJ are usually wild so is the llama closer to being wild?
idk.
This is gonna be today's QOTP. :3
Do you think the new animal is an Alpaca, Guanaco, or a Llama? Or perhaps something different?